Winner of 2018 The Great British Bake Off is joining us at the Country Living Fair this April!

Home » Winner of 2018 The Great British Bake Off is joining us at the Country Living Fair this April! 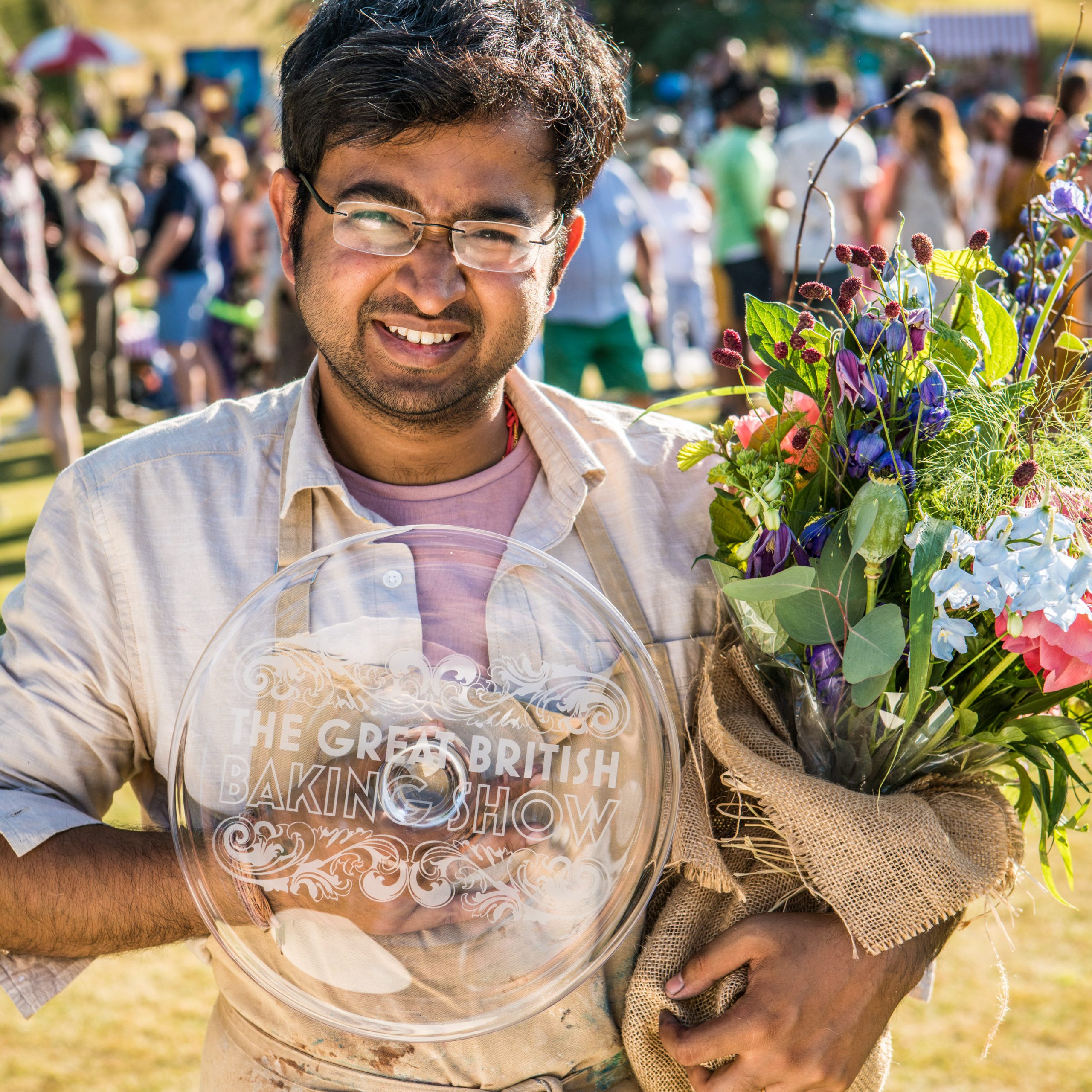 Throughout the series he received three Hollywood Handshakes, and was awarded Star Baker twice, and even though it was sometimes a rocky road towards the end, he was crowned winner!

Paul Hollywood and Prue Leith judged 12 Bakers with 30 Challenges over 10 weeks for the ninth series of The Great British Bake Off 2018.  From those Selfie Portrait Biscuits in Week 1 to a Tiered Korovai in Bread Week – to Melting Chocolate Desserts in the heat of the summer, and then onto the infamous Spiced Biscuit Chandelier – the Finalists kept going through to a Vegan and Danish week and finally rose to the challenge of the Parisian Window Showstopper as they battled it out in the iconic white tent.

Prue said: “I think the amazing thing about Rahul and why I am so proud of him is that he came in unconfident, but he just kept going, and he never reined in his ambition, he always tried to do a bit more than everybody else, and it paid off.”

Paul said to Rahul:  “Your mother will be very proud of you”, and then later added: “He his one of those characters that you will miss when you are not with him.  You know his intensity sometimes is amazing, and he is so good at what he does, but I don’t think he realises still how good he actually is and I think that’s what’s magic about Rahul.”

Rahul said of his experience: “I never ever dreamed I would get into Bake Off let alone win it. Winning Bake Off is about the coolest thing that I have done in my life, and I hope it will help me gather some more confidence.  I hope it helps me try new things and be a bit more adventurous in baking and life itself.”

“I love my work as a research scientist, and I think baking is a combination of physics, engineering and chemistry.  Baking and science are very related, the ratios have to be correct to make it work, I would like to make the science behind baking more accessible to everyone.”

Rahul grew up in Kolkata, surrounded by his family, and moved to the UK on a university scholarship when he was 23. Once here, he discovered an abundance of new flavours and cuisines that have inspired his ‘East-meets-West’-style of baking. As a research scientist, Rahul’s instinct is to undertake every bake with a forensic attitude to research and an uncompromising attention to detail. He is fascinated by the science of baking, but also loves to ensure (or at least try) that his creations are beautiful, full of flavour and structurally elegant, too.

For more information on his sessions and session times in the CL Kitchen click here, and the Good Life Theatre click here.